Books Part 3 - This Time It's Personal

"So many books, so little time."
-- Frank Zappa


I've written about the resurgence of new Delphi books before (here and here). Since then, I am pleasantly surprised to find even more, including new publications, updates and some that I missed, several of which are free e-books.

If you know about any other recent Delphi books, please let me know in the comments. 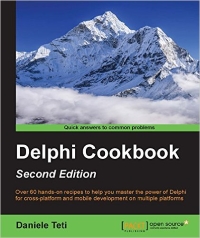 A great follow-up to the previous edition. I was lucky enough to preview this book as it was being written. Just like Nick's previous two books, I found it informative and a good read with excellent examples. More importantly, I learned things that will change some of my development habits, even if I don't wind up using a dependency injection container. 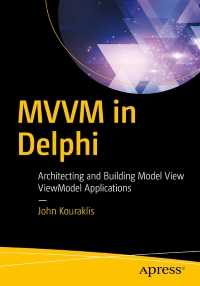 Dive into the world of MVVM, learn how to build modern Windows applications, and prepare for cross-platform development. This book introduces you to the right mindset and demonstrates suitable methodologies that allow for quick understanding of the MVVM paradigm. 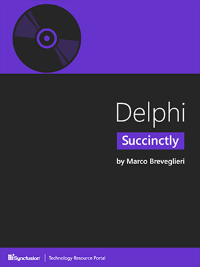 Learn the fundamentals of Delphi to build a variety of solutions for many devices and platforms. Author Marco Breveglieri will provide you with an overview of Delphi, its principles, its environment, and its use of Object Pascal language so that you can harness its versatility. With Delphi Succinctly, the power of Delphi is at your fingertips. 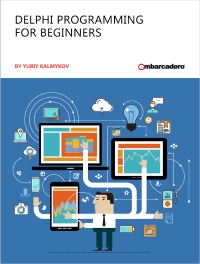 This eBook is offered to professors and students as part of the Embarcadero academic program. The book was originally published in Russian and translated into English and several other languages. The author Yuriy Kalmykov is a well-known expert in software development and author of many programming publications and textbooks, including "Teaching Delphi Programming in Schools". This book is the result of twenty-five years of instructing students as a member of the Informatics and Control Processes faculty at the National Research Nuclear University MEPhI (Moscow Engineering Physics Institute) and teaching in top preparatory schools in Moscow. 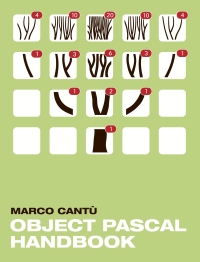 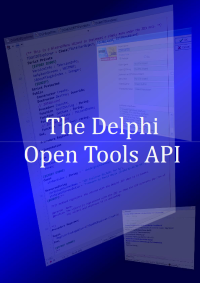 The update includes all the articles written since its first publication so you can have all the information in a single volume. 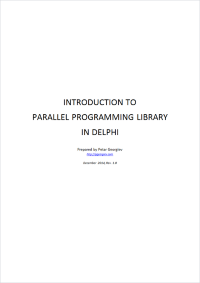 Delphi constantly evolves over the years. Now it's cross-platform and supports creating 64 bit apps. It has all that pretty stuff that allows you to create amazing applications on Windows, Mac OS, IOS and Android.

One of the most exciting new features in Delphi XE7 is the Parallel Programming Library (PPL). It's built in RTL and is cross-platform. It really makes parallel programming fun! 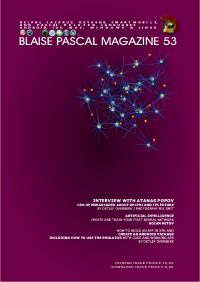 Update: Both Dependency Injection in Delphi and MVVM in Delphi have been published since this blog post.
Posted by Bruce McGee at 8:53 PM

Thanks a lot for including my Delphi Succinctly book in your list! :)
I hope it will be appreciated by Delphi newbies, hobbist and people interested in learning it.

Marco
I downloaded it and read it and was very pleased with another modern object pascal book available for new users. Thank you so much for the time and obvious effort you put into the book!